This is the third part of a series “Everything You Need To Know About Bitcoin Halving”. To read the second part, click here.

It is important to understand that the halving events are not scheduled chronologically (by time and date); rather, Bitcoin’s protocol inherently schedules them once every 210.000 blocks are added to the blockchain. On average, Bitcoin’s blockchain generates a single block every 10 minutes, and therefore, by doing some basic algebra, we can crunch the numbers and calculate the approximate date for the commencement of the next (third) Bitcoin halving. 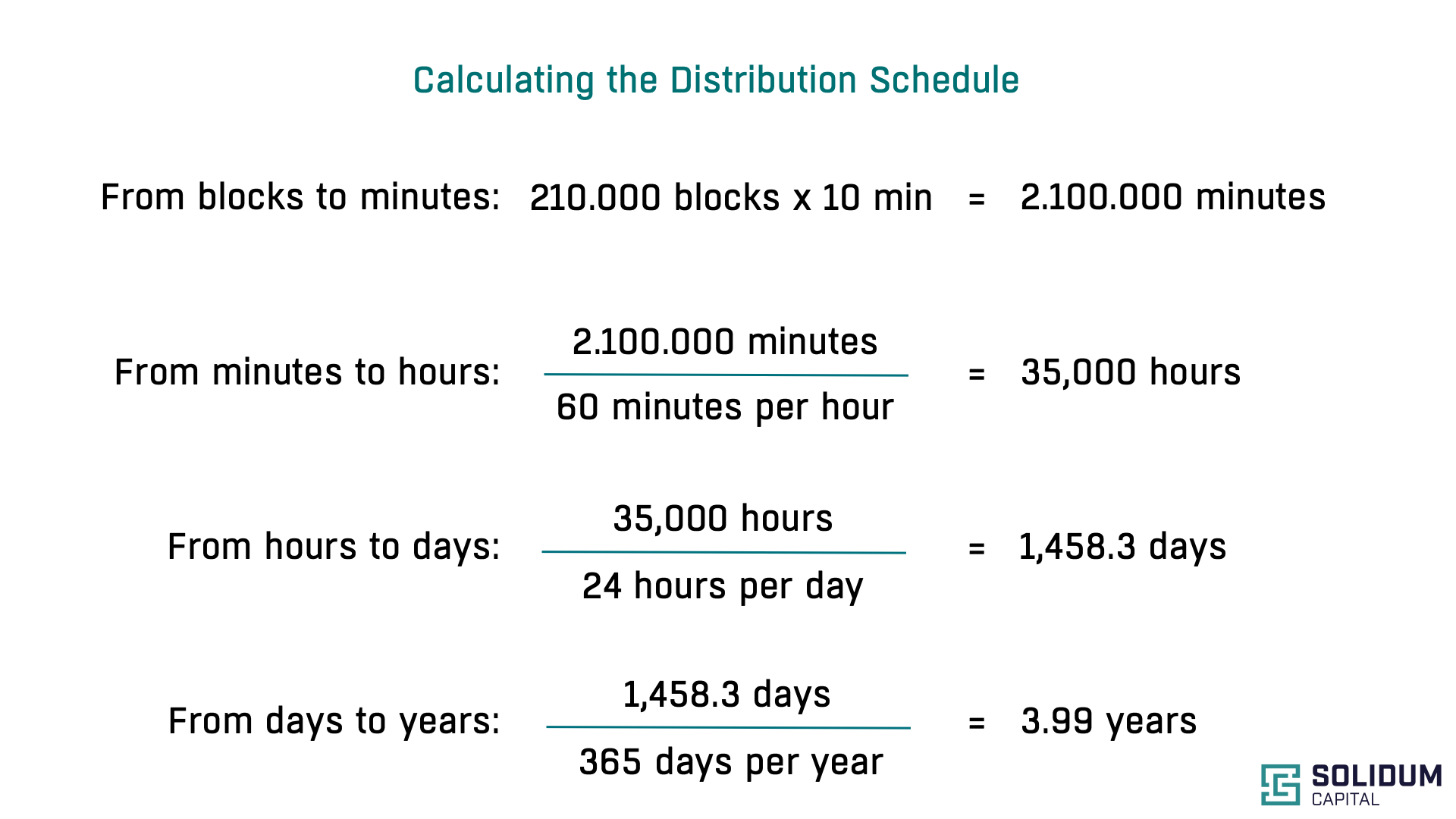 Deducing from what we have calculated above, the Bitcoin halving events are estimated to occur every 3.99 (four) years, and the Third Bitcoin halving is expected to commence on 13 May 2020.

There are 34 Bitcoin halving events scheduled in total.

As mentioned at the beginning of the first chapter, around 86.70% of all the Bitcoins in existence have already been mined. By the end of May 2020, after the third halving initiates, the number will rise above 93%. In the table below, we will also provide a list of all the past halving events and its estimated future dates. 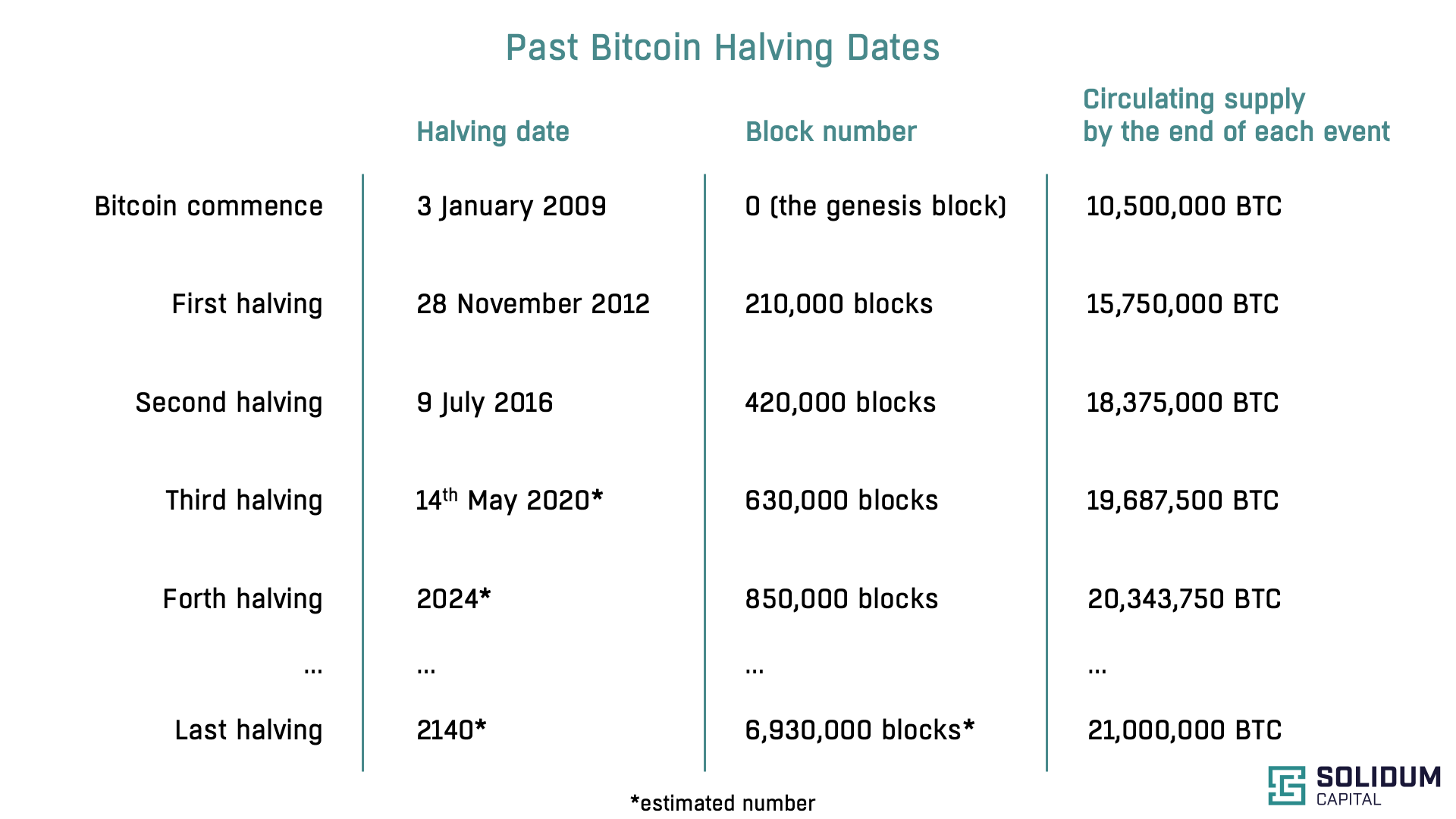 From the table above, we can note the date of the fourth halving, which will occur once 850.000 blocks are added to the blockchain and is estimated to take place sometime in 2024. The fifth halving would then be forecasted in 2028, the sixth halving in 2032, and so on. Sometime by the end of the year 2140, the last halving will take place, which means the last Bitcoin in existence will have been mined.

Another interesting thing to note is also the diminishing increase in the circulating supply by the end of each halving event. This is due to the fact that each halving event cuts the miner’s block rewards in half, causing fewer Bitcoins to be generated every four years. More on this topic in the next chapter.