Bitcoin has a finite total supply of 21 million. However, its circulating supply, as in the number of Bitcoins currently released to the public, is 18.2 million. When the first Bitcoin was mined on 3 January 2009 (it was invented in August 2008), only 50% of the total supply was released to the public. This was due to the inherent distribution schedule of Bitcoin, which we will discuss in a later section. For now, let’s begin with a question:

Why was the total supply of Bitcoin not released immediately?

If the total supply of all Bitcoins had been available in 2009, miners would have been forced to survive solely on the income earned by transaction fees. Back in the day, the number of transactions made in a single day was practically non-existent compared to today’s number, as there were only a few people who actually knew about Bitcoin, and even less who knew how to transact it.

Miners, who act as the main engine that runs the entire Bitcoin blockchain by providing their computational power, would, therefore, have no incentive to mine. It all comes down to basic economics; the supply of Bitcoin would simply outweigh the demand for it.

No incentive for miners = no mining = no one to power the blockchain and it all falls apart.

Since not all Bitcoins were released at launch, miners had more motivation to mine for the sake of generating and earning new Bitcoins in the hopes that its price would, at some point, increase. Thus, they did not have to rely solely on the income earned from transaction fees to breakeven or to make a profit. 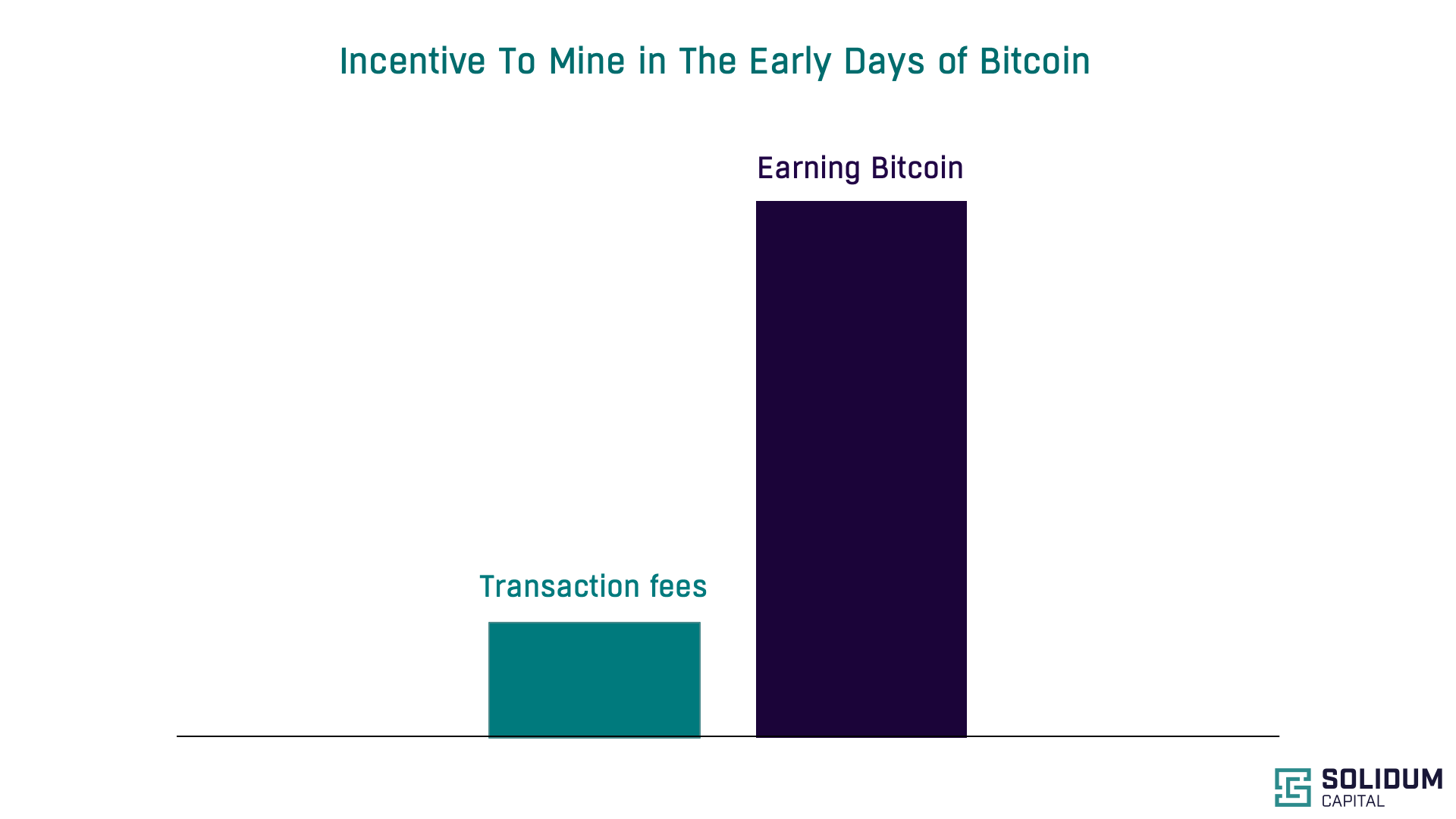 Are miners loaded with Bitcoins in their wallets? Some of them might be, but it depends on their overall monthly costs. For the majority, the income they earn solely from transaction fees does not reimburse them for all expenses associated with mining.

The two main mining costs associated with mining are the electrical bills and expenses for hardware upkeep. Most miners are urged to sell the amount of Bitcoin they earn with mining in order to end up with a profit each month.

Who will still mine Bitcoin after the 21 million Bitcoin is generated?

There is a lot of debate surrounding this topic. Some investors share a pessimistic view that this will inevitably lead to the demise of Bitcoin, as miners will ultimately lose the incentive to mine. Optimists, on the other hand, believe that as we get closer to the end of Bitcoin’s total supply, the clearer its intrinsic value will become.

The last Bitcoin will be mined sometime in the year 2140.

In my opinion, miners will continue to mine Bitcoin even after its supply is depleted, though there are certain factors that should be taken into consideration.

First of all, Bitcoin’s adoption. As Bitcoin’s acceptance around the world grows, moving forward, more people will use it on a daily basis. Once Bitcoin’s adoption expands globally, it will generate a sufficient amount of transactions each day that will financially benefit miners for their work, even after Bitcoin’s supply has been drained completely.

Secondly, if we account for the future progression of technology, CPUs, GPUs, RAM and other components required to mine Bitcoin will also become more efficient and economical. This will allow miners to mine faster, more efficiently and with lower electrical costs. This will make mining, therefore, even more financially profitable after the depletion of Bitcoin itself.

These two reasons will increase the incentive for mining Bitcoin in the future. As we move closer to the exhaustion of Bitcoin’s supply, miners will eventually be urged to shift more of their primary income from mining new Bitcoins to earnings made from transaction fees. 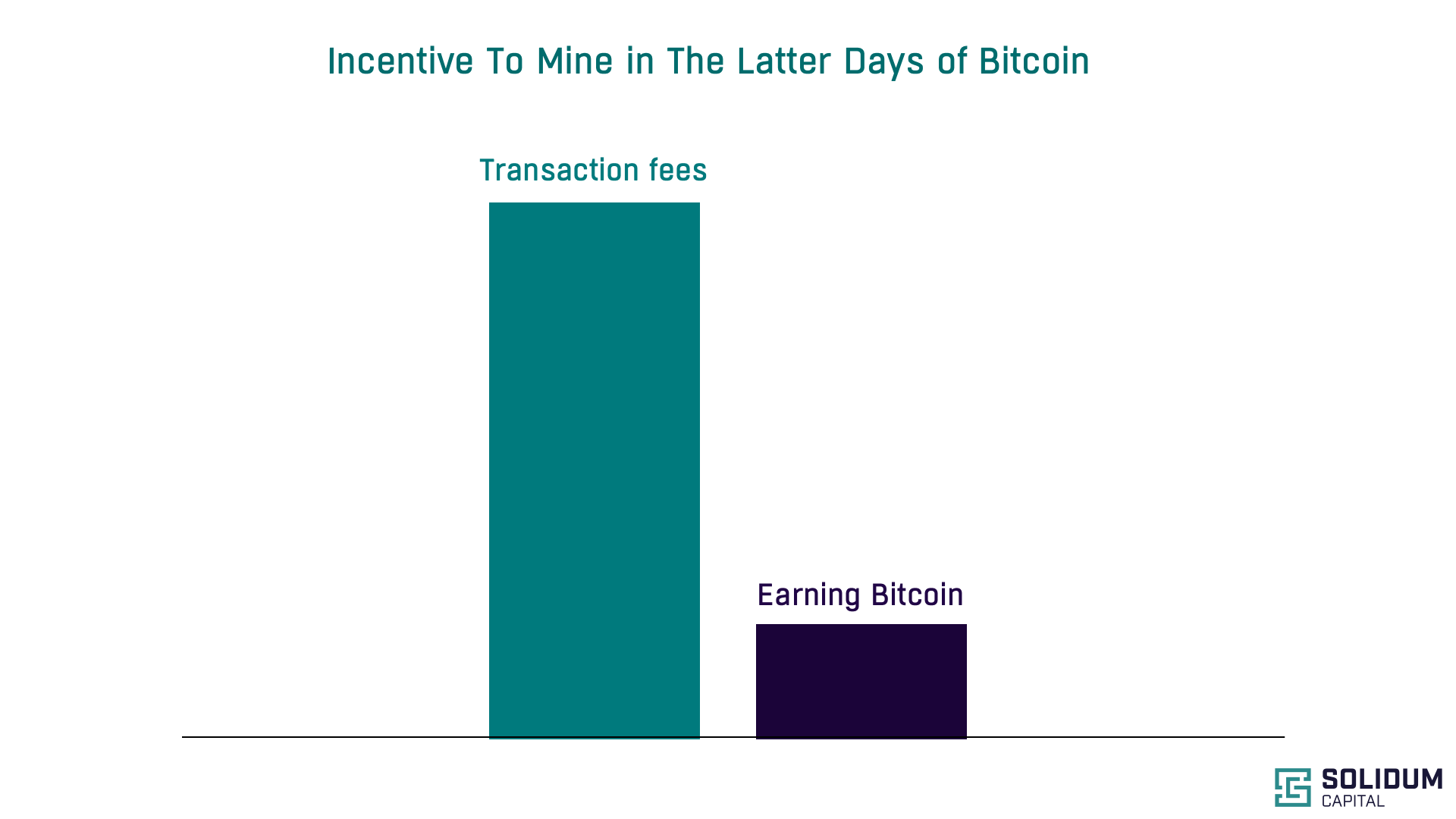 It is estimated that around 30% of all Bitcoins are lost due to misplaced private keys, owners’ death or incorrect transactions.

Another factor that will have a substantial effect on the development of Bitcoin in the future is competition. The Bitcoin’s Proof of Work (PoW) protocol is inherently built upon competition and will ultimately decide who will mine Bitcoin moving forward.

Mining today has evolved into a global business and there are companies around the world that focus solely on capitalizing on Bitcoin. These mining facilities have a lot of capital invested in their mining equipment (mining rigs) to be as profitable as possible. Some companies even allow outside capital to join the investment and share the profit (called mining pools). Nonetheless, such mining pools can lead to a problem. One plausible scenario is that a single mining facility grows too large. So much so, that it becomes the centralized monopoly of the network. This happens when the mining pool overtakes the majority of the network and is commonly referred to as “The 51% attack.”

Once a single monopoly owns over 51% of the network, it becomes the sole administrator of that network. Ultimately, it annihilates the very decentralized nature of the blockchain, rendering it useless.

This is the second part of a series “Everything You Need To Know About Bitcoin Halving”. To read the first part, click here.