This is the forth part of a series “Everything You Need To Know About Bitcoin Halving”. To read the third part, click here.

The number of Bitcoins earned by successfully mining a block is called a block reward. In the previous part of this series, we explained that miners have two main sources of income, transaction fees and earning Bitcoin with mining. The block reward is the actual number of Bitcoins they earn with mining, and therefore, we can think of it as part of the miner’s pay check.

If we take a look at the table below, we can see that between each halving event fewer Bitcoins are generated; or, more accurately, they are halved. This is the result of a split in the block reward each time when the halving initiates. 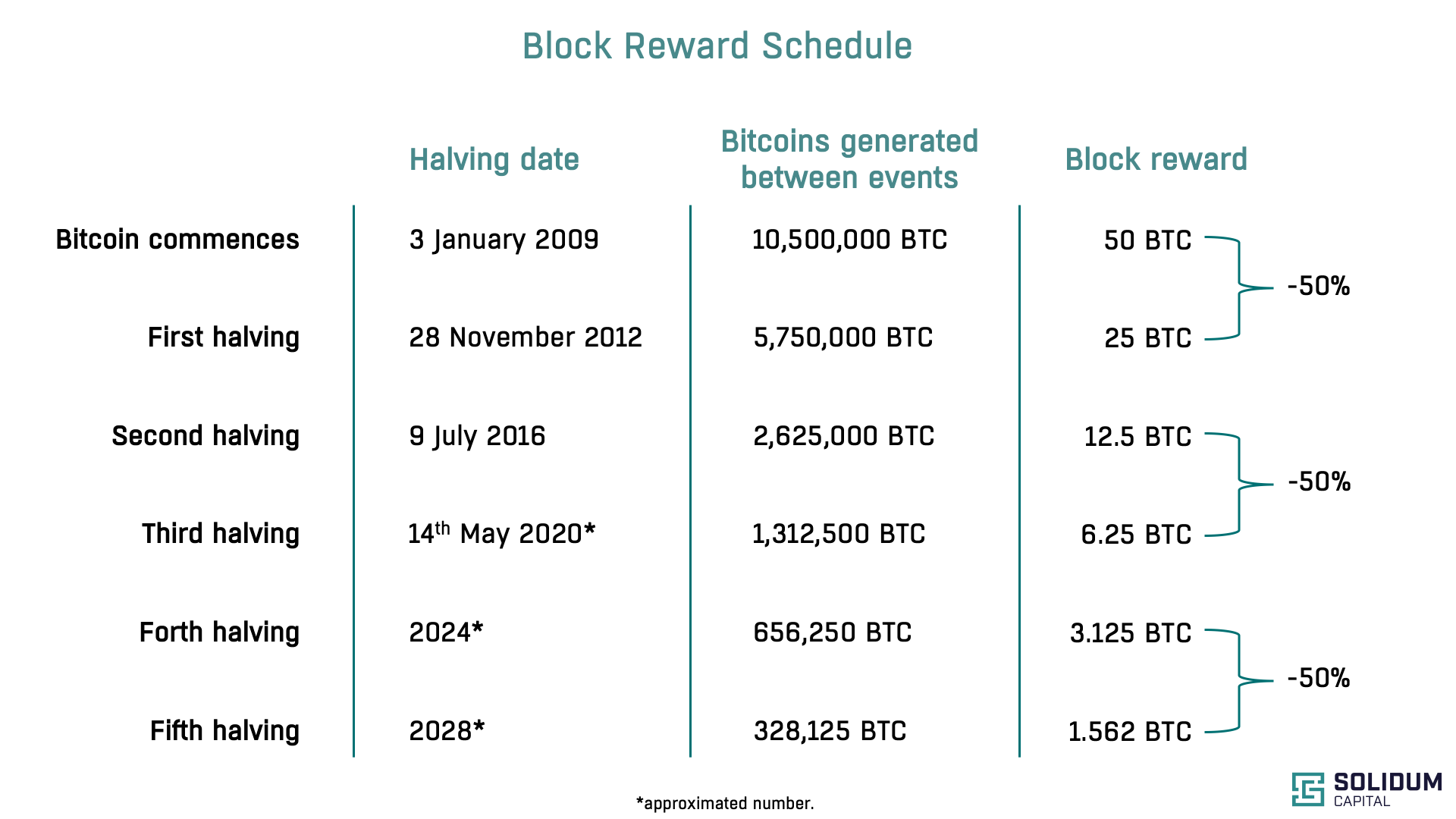 At the time of writing, the block reward for mining a single block on the blockchain is 12.5 BTC, and by the end of May 2020, it will be reduced to 6.25 BTC per block.

There are currently around 1,800 new Bitcoins generated each day.

What happens to miners when the Block Reward is halved?

Keep in mind that the block reward is shared among all the miners who contributed to mining that single block and it does not all go to an individual miner. Splitting the block rewards forces some miners to upgrade their hardware equipment to stay competitive in the market, thus increasing their hardware expenses. Consequently, some miners might come to the conclusion that their mining activities are no longer profitable and are thus pushed out of the market.