Last month, we expected Bitcoin to break through the $12,000 mark in the coming weeks. As you already know, Bitcoin went all the way to $16,000 and broke above many important resistance levels, now turned into support zones. The development is extremely bullish, and as stated in one of our previous newsletters, we expect Bitcoin price to be much higher in the coming months.

After such a sharp surge, a consolidation or pullback would be normal and healthy. As in previous crypto bull markets, we will witness several substantial pullbacks during the current bull run. Here is an example of Bitcoin’s third major bull market (click on the image for a high-res version): 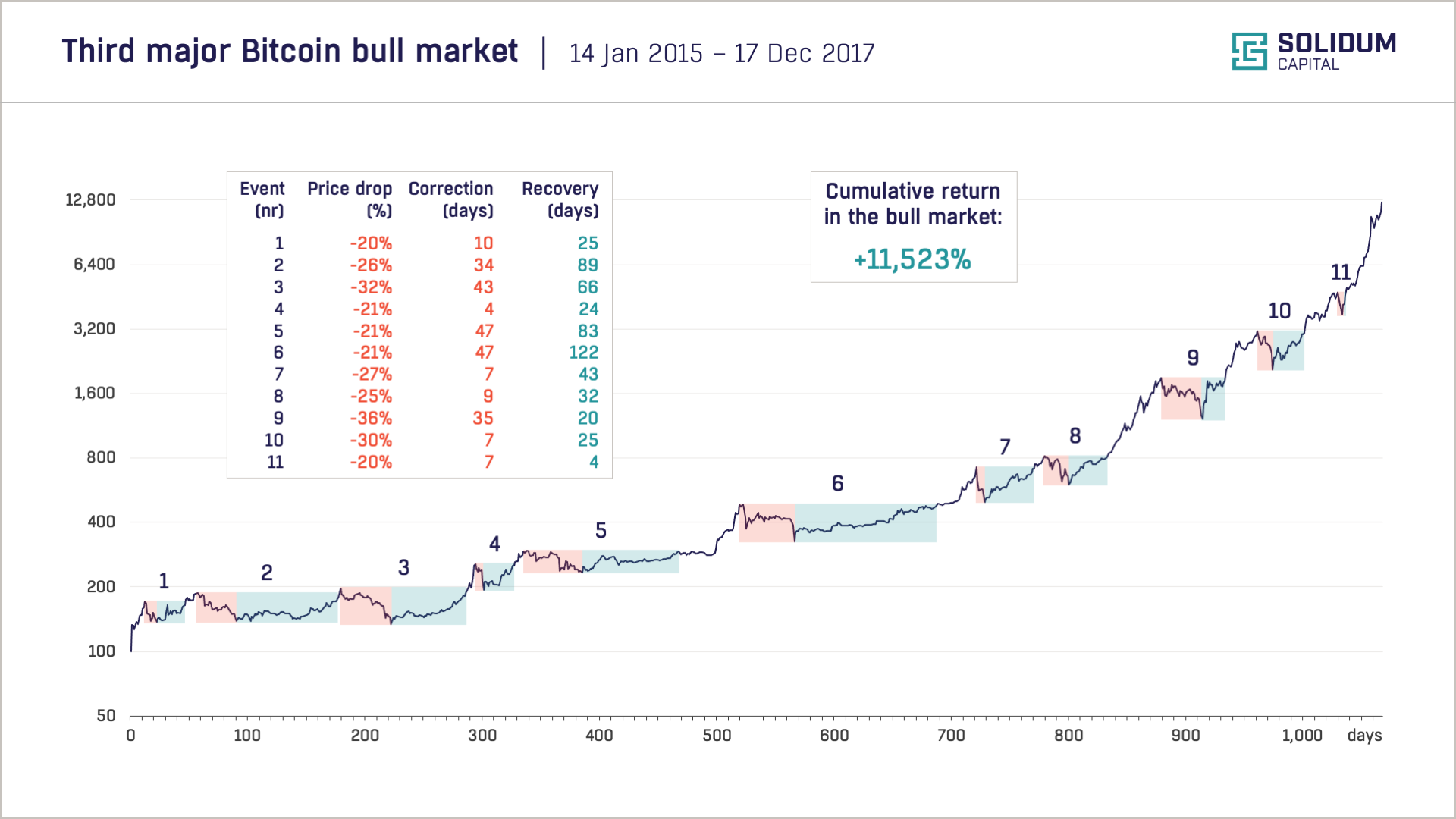 By looking at the market, measured by the MVIS CryptoCompare Digital Assets 25 Index (MVDA25), one could conclude that October was an uneventful month. The market mostly moved sideways, recording a slightly positive monthly performance of 4.3%. 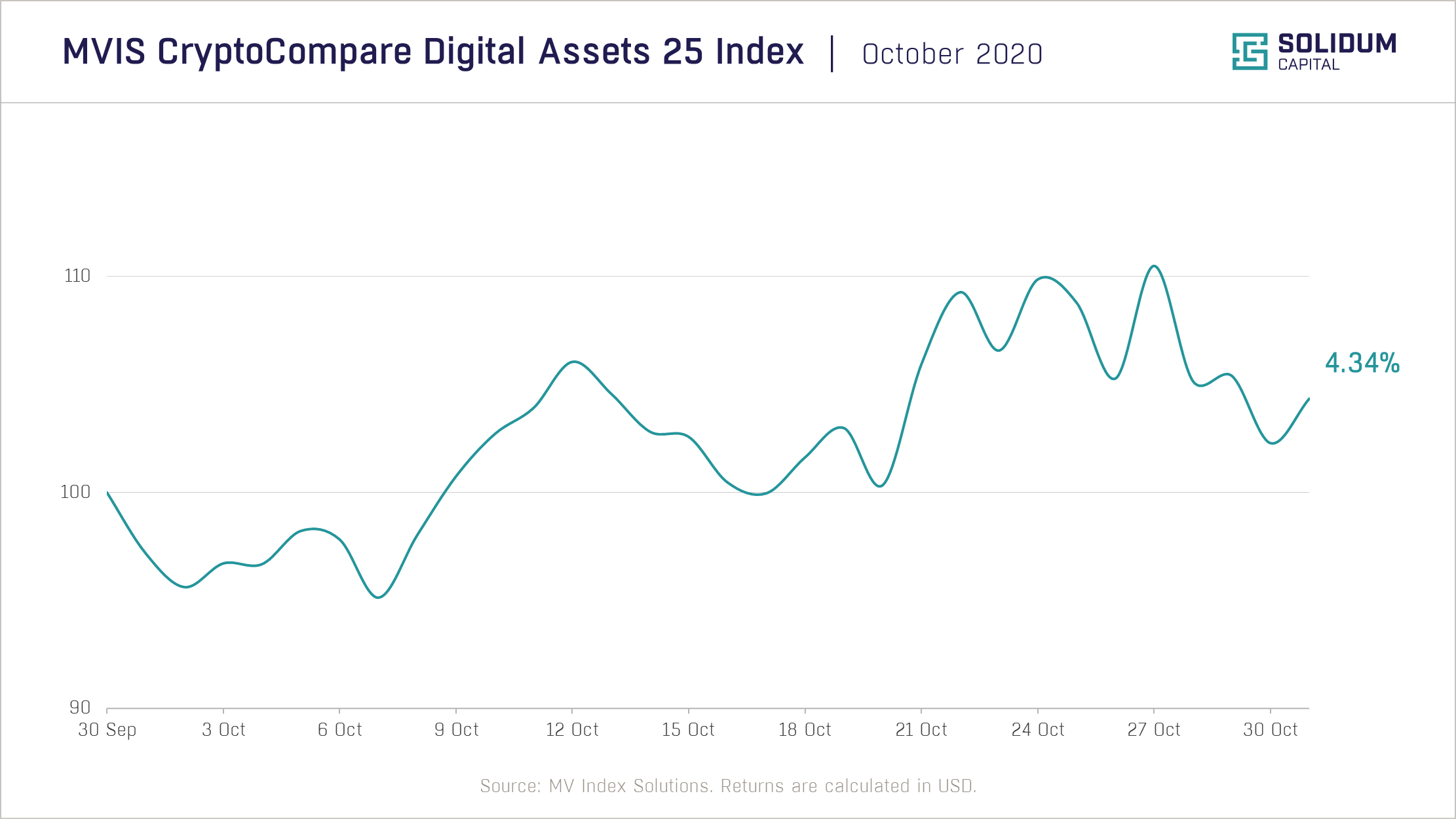 However, after taking a look at the performance of the top 25 crypto assets by market capitalization in October, one can see that it varied greatly. Ten assets ended the month in green, with the top three being Filecoin (+40%), Bitcoin (+28%), and Litecoin (+20%).

Bitcoin had a great month, and the capital continues to flow from altcoins into Bitcoin. Consequently, altcoins recorded a negative month, measured by the Bitwise 20 Index (-7.6%) and the Bitwise 70 Index (-17.8%). Bitcoin dominance stood at 63.7% at the end of October, substantially higher than a month ago (58.0%). 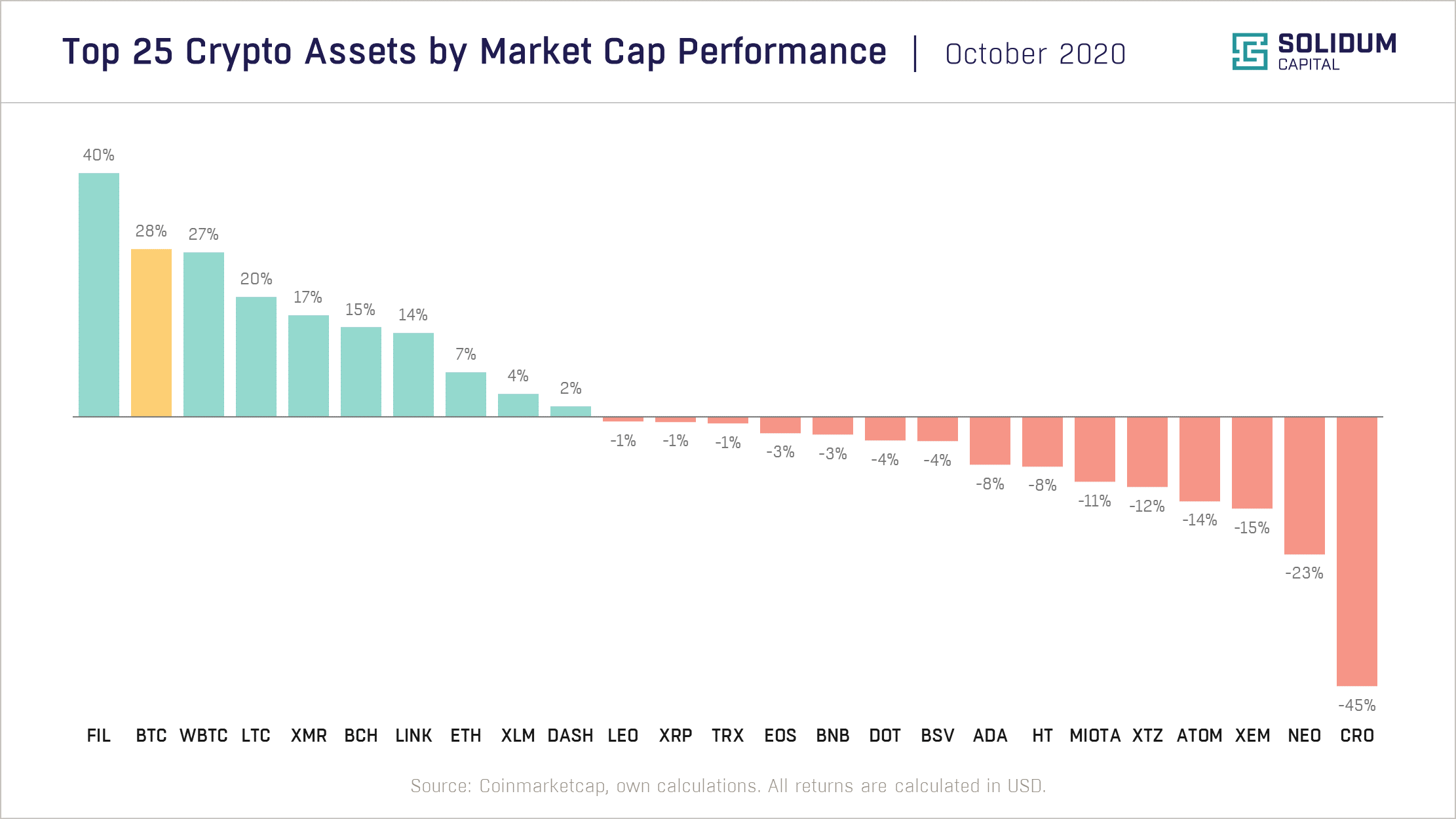