The market still choppy with a lot of uncertainty

The first quarter of 2022 is over. War in Ukraine and generational high inflation are our new reality. Markets have witnessed investors looking to risk off, exacerbating the price volatility that only economic uncertainty can provide. Amidst the backdrop of economic and geopolitical uncertainty, the unbroken accumulation of Bitcoin has continued by some of its staunchest supporters. Institutions have continued to raise and deploy capital into the crypto space. None so bold as Terra Luna, which recently committed to a long-term goal of acquiring $10B in Bitcoin to backstop its algorithmic stablecoin, showcasing strength in the Bitcoin community’s belief in its long-term value proposition.

In March, the price Bitcoin fluctuates between $37 and $48k. There were two crucial levels for bulls to reclaim. The first one was 100 daily moving average, and the second, resistance at $45k. The market successfully broke both levels, but both levels were lost (again) in one day a few days later. This was the sign that the market just had a fake bounce. When the price went up, low volume was a sign that broader market participants didn’t believe in the current pump. 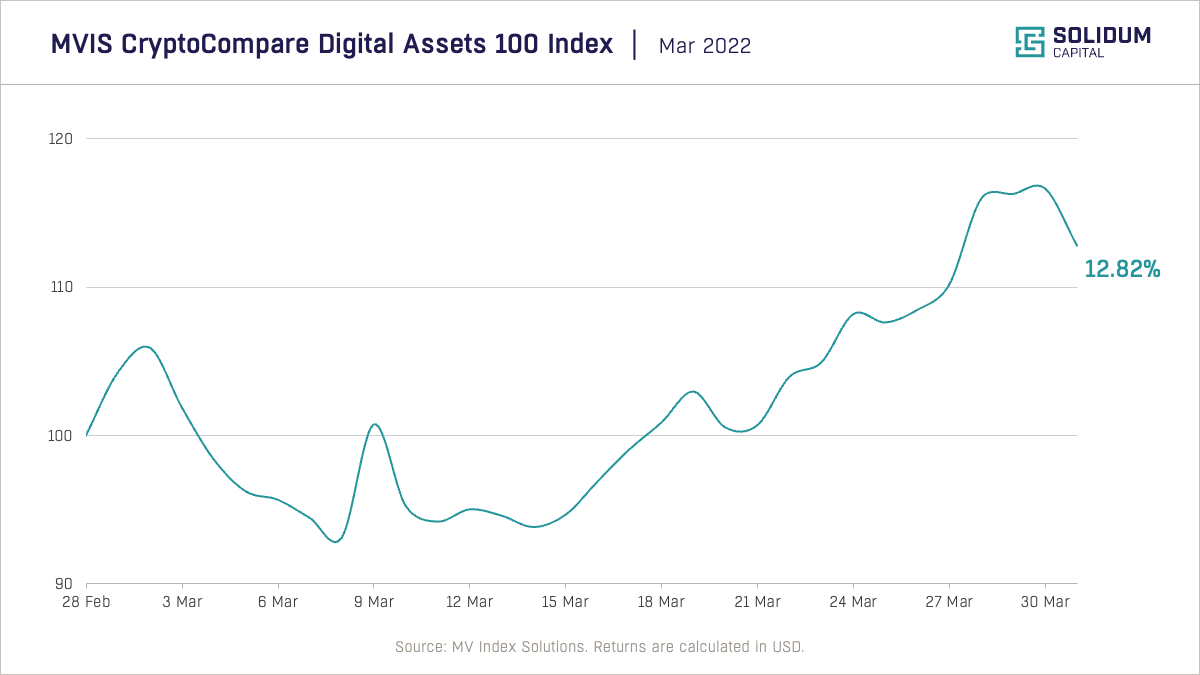 In the short term, the crypto market price trend is on pause. Our market view is neutral. 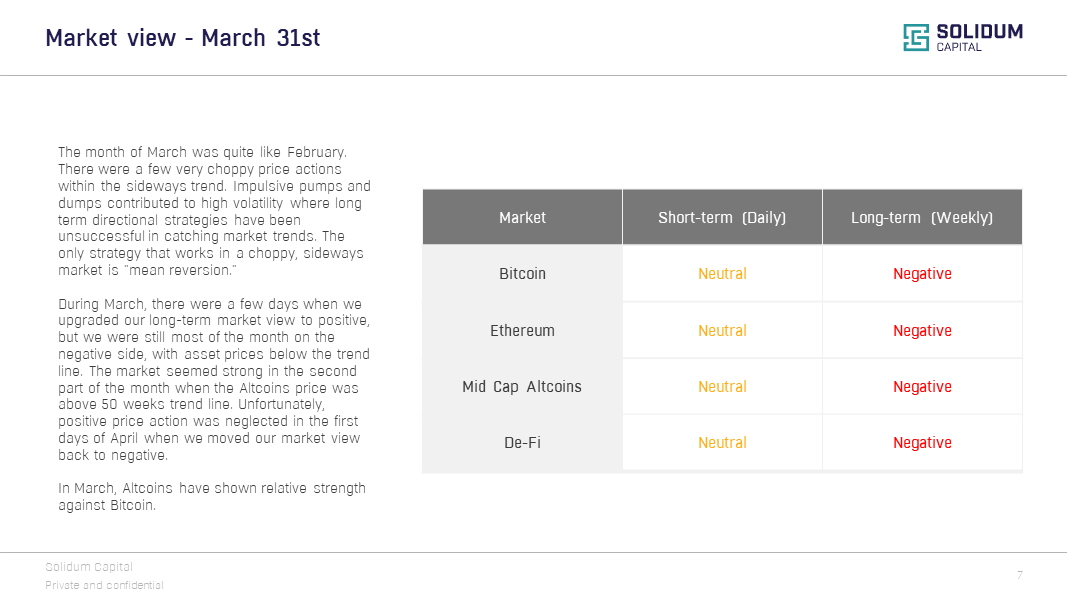