The focus of all investors was once again on the Fed meeting and US inflation data. In the final meeting of 2021, the FOMC has announced that it will ramp up the speed at which it pares its bond purchases, putting the nation’s central bank on course to eliminate the emergency quantitative easing program a few months earlier than expected. Besides that, US inflation rose 6.8% from a year ago in November what was slightly higher than estimates. All those information put investors into uncertainty about the future and brought fear to the market, which caused the crypto market has declined at the end of the month.

Negative sentiment from the second part of November continued in December. The month started with a significant slump on 4th December when Bitcoin lost approximately $15k points or 25%. The market stabilized after the slump and started ranging within the channel from $46 to $53k. Before Christmas, BTC’s price looks stable, above $50k. Once Christmas was over, BTC began with a new decline. Until the end of the month, BTC dropped to $46k. 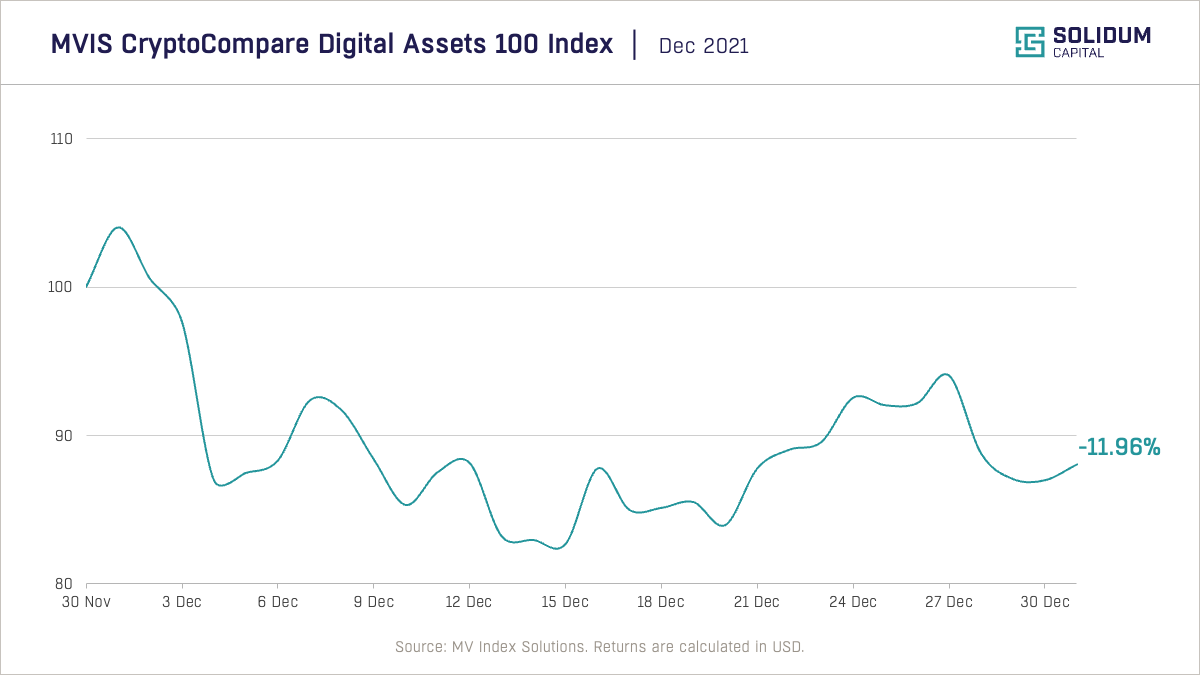 Since the November market decline, our short-term view is primarily neutral. Altcoins (including DeFi) are much stronger than Bitcoin, but anyway, the trend is still sideways to negative. 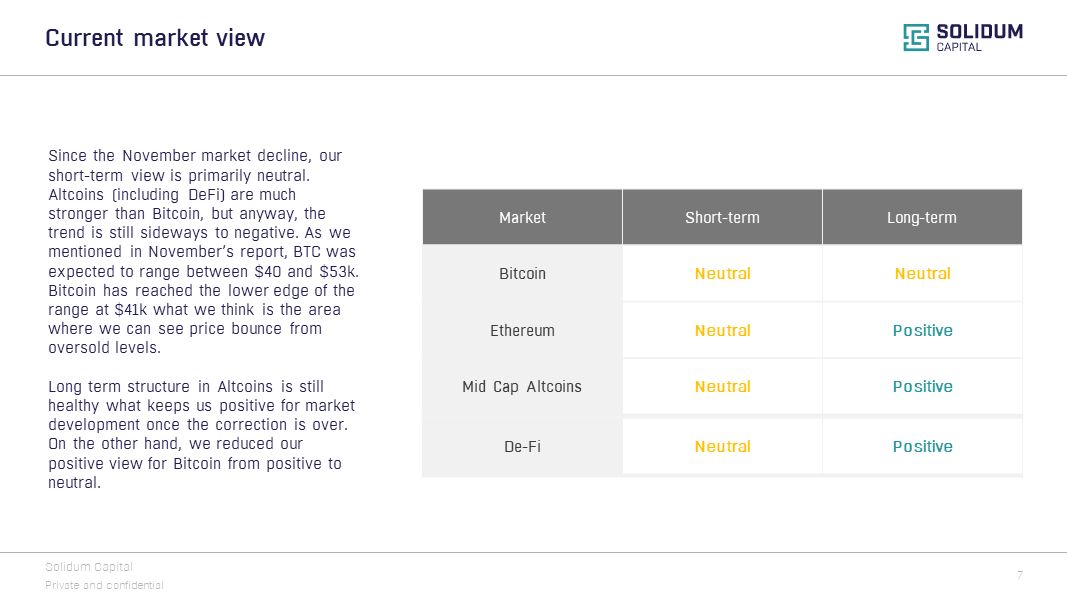