After a strong altcoins run in recent weeks, Bitcoin performed relatively better in September. It recorded a negative return of -8%. Bitcoin represented 58.0% of the total cryptocurrency market capitalization at the end of the month, slightly up from last month’s 57.3%. 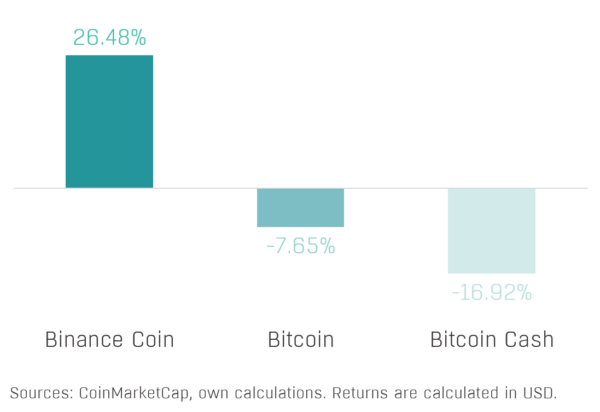 The Solidum Crypto Quant performed relatively better compared to the market in the previous month. As mentioned, the market ended the month with a monthly return of -14.9%, whereas Solidum Crypto Strategy recorded a loss of -6.91% in September. 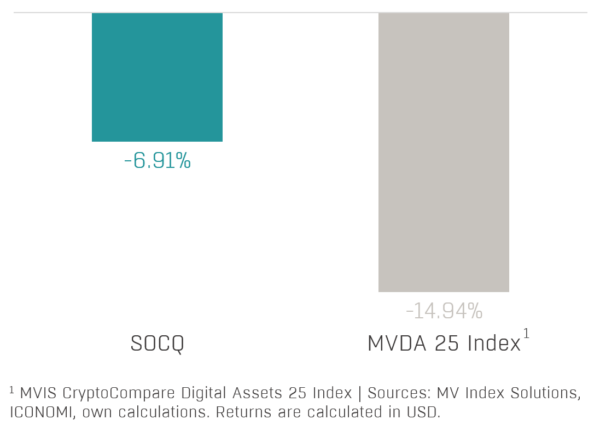 By the end of the month, Solidum Cautus allocated 67.7% of the portfolio to active investments and 32.3% to stablecoins. The three highest-weighted holdings in the portfolio were Bitcoin, Binance Coin and Ethereum.