In April, the crypto market stood firm, with a steady price appreciation throughout the month. During the first week, the Solidum Crypto Quant Strategy generated mixed signals. As a result, the Investment Committee deemed it most reasonable to invest conservatively, with a 50% exposure to the market. Nevertheless, the market recorded a 21.3% gain in the first nine days. This was followed by a two-week consolidation phase during which time the portfolio structure remained the same. However, by the end of the second week, the strategy generated a buy signal for nearly all assets in the portfolio, except Bitcoin Cash (BCH). Thus, the Investment Committee allocated 92% of the portfolio to active investments, with only BCH maintaining a 50% exposure. The market continued to recover from February/March losses and managed to record a robust positive performance of 39.8% by the end of April. 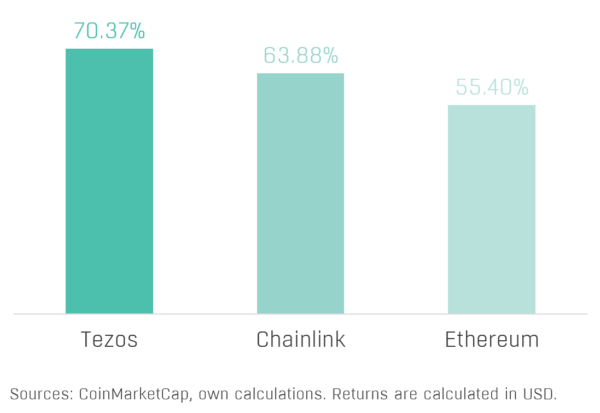 The average cryptocurrency fund, based on the Barclayhedge Cryptocurrency Traders Index*, recorded a gain of +17.10% in April. Therefore, the Solidum Crypto Quant Strategy recorded a substantially better performance in April compared to its peers.

*There are 19 crypto funds included in the index at the time of writing. 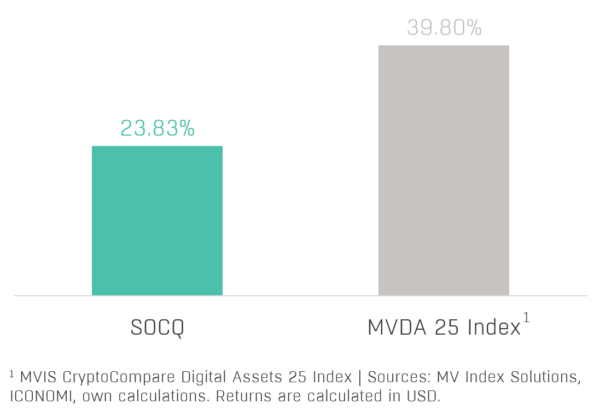