After fluctuating for nearly two months in its consolidation range and breaking out of its long-term downtrend since 2017, Bitcoin finally made a decisive move in July. Bitcoin gained 23.92% in the previous month and ignited a bullish sentiment amongst the crypto traders.

While the performance of Bitcoin in the past month is considerable, altcoins (measured via the MVIS Digital Asset 25 Index) nevertheless managed to outperform Bitcoin in the previous month, gaining, on average, 37.77% in July alone.

The Solidum Cautus portfolio recorded a positive monthly performance of 18.22%, slightly underperforming the market in the previous month. 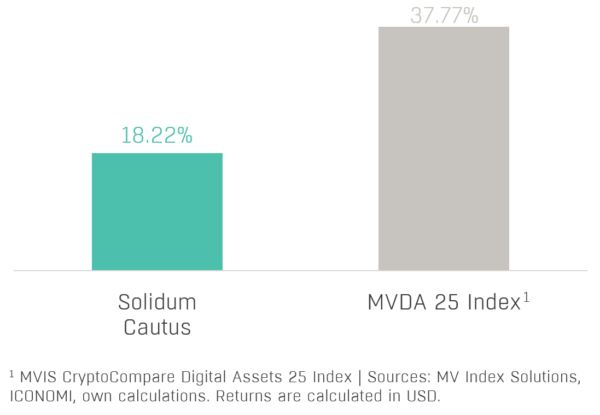 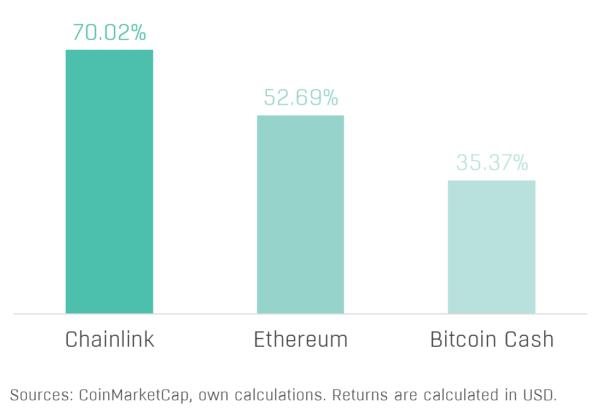 By the end of the month, the Solidum Cautus portfolio had 85.6% allocated to active investments and 14.4% to stablecoins. Lastly, by the end of July, the five highest-weighted holdings in the portfolio were Bitcoin, Ethereum, Chainlink, TetherUS and Binance Coin.