In total, 22 of the 25 assets by  market cap recorded a positive performance in August. DeFi is clearly entering the main stage, as the top three performers were yearn.finance (+711% – not a typo), UMA (+424%), and NEM (170%). Altcoins continues to strongly outperform Bitcoin, which gained 3.2% in August. Bitcoin represented 57.3% of the total cryptocurrency market capitalization by the end of the month, down from 62.4% a month prior.

The Solidum Cautus portfolio recorded a positive monthly performance of 9.06%, which was slightly below the market’s performance of 14.01% from the previous month. 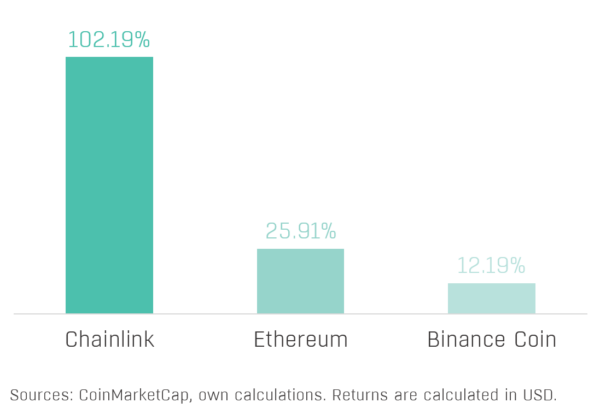 By the end of the month, the Solidum Cautus allocated 58.5% of the portfolio to active investments and 41.5% to stablecoins. Lastly, by the end of July, the three highest weighted holdings in the portfolio were Chainlink, Binance Coin and Ethereum.