After a volatile price action in the first four months of 2020, the market has been without a clear direction. It gained 8.4% in May, then lost 7.0% in June, delivering a flat performance of 0.8% in the last two months.

Bitcoin is consolidating in the range between $8,900 and $9,900, with occasional fake breakouts on both sides, causing headaches to many traders. Once the actual breakout finally occurs, we can expect a decisive move in either direction.

In June, Solidum Actio performed better compared to the market with a negative monthly performance of 5.39%, whereas the market recorded a loss 6.98% in the previous month. 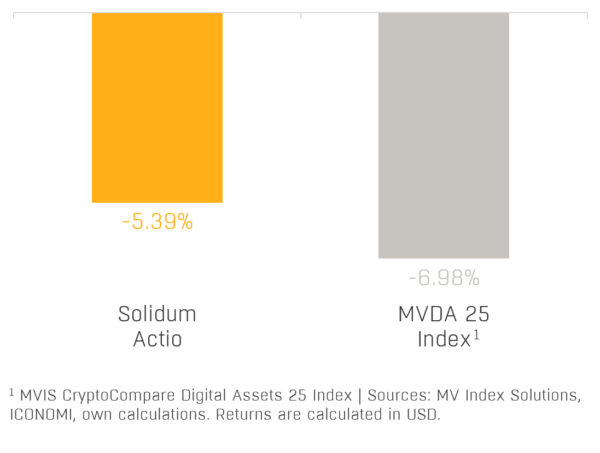 The Solidum Actio portfolio included some of the best performing assets in the previous month, namely Cardano (+11.79%), Chainlink (10.65%) and Ethereum (-2.02%). The performance of these assets greatly contributed to the monthly performance of the portfolio. 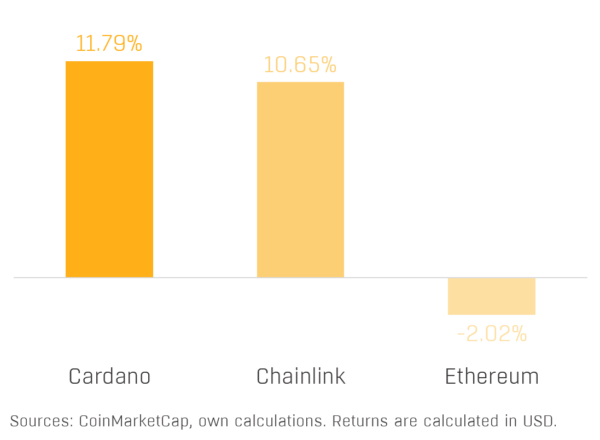