After all the fireworks we sparked for New Years, the crypto market was preparing for its own rocket launch in January. The market recorded a blasting 50.5% in the past month and all of the top 25 crypto assets by market cap experienced a positive return in January. In general, altcoins outperformed Bitcoin in the past month. The top three altcoins were Dash (+183%), Bitcoin SV (+181%) and Ethereum Classic (+151%). Nevertheless, it was a good month for Bitcoin as well, as it recorded a 30% gain in a single month. Due to the fact that altcoins performed better in January, Bitcoin’s dominance decreased to 66.1% by the end of the month.

The Solidum Actio portfolio included some of the best performing assets of the past month, including Dash (+182.60%), Bitcoin Cash (+83.46%) and Litecoin (+64.20%). The performance of these assets (and others) greatly contributed to the overall monthly performance of the portfolio in January. 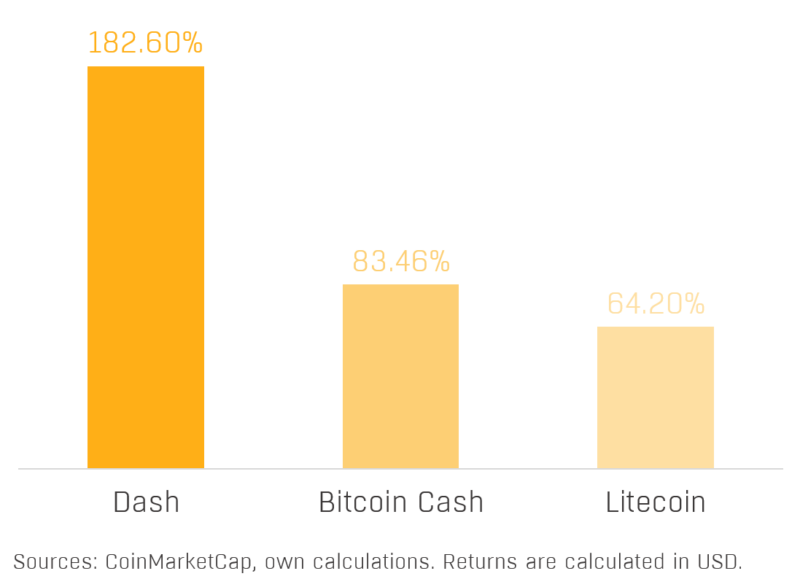 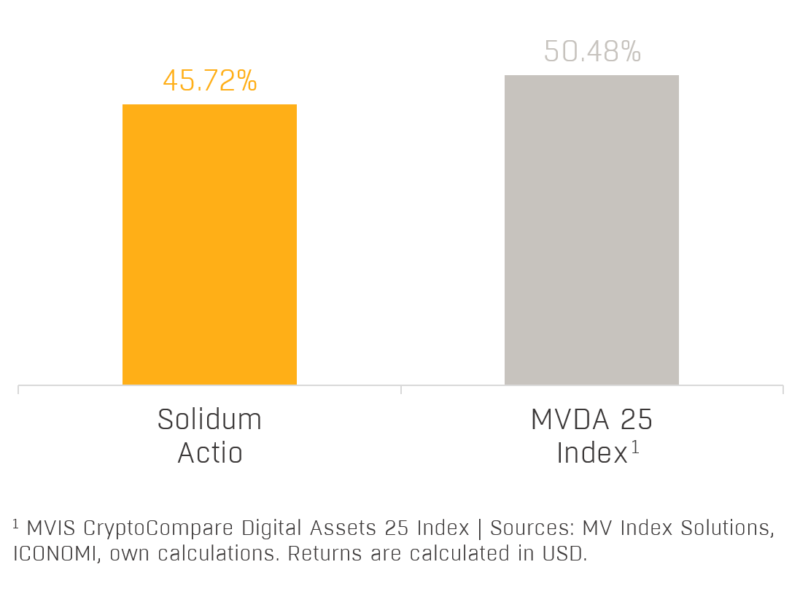 Since the beginning of October 2019, we upgraded our strategy, implementing new trading indicators and allowing the strategy to capitalize on the market’s momentum. The improved strategy has shown promising results; here are the returns since the implementation of the new strategy, compared to the return of the market (01.10.2019 – 31.01.2020): 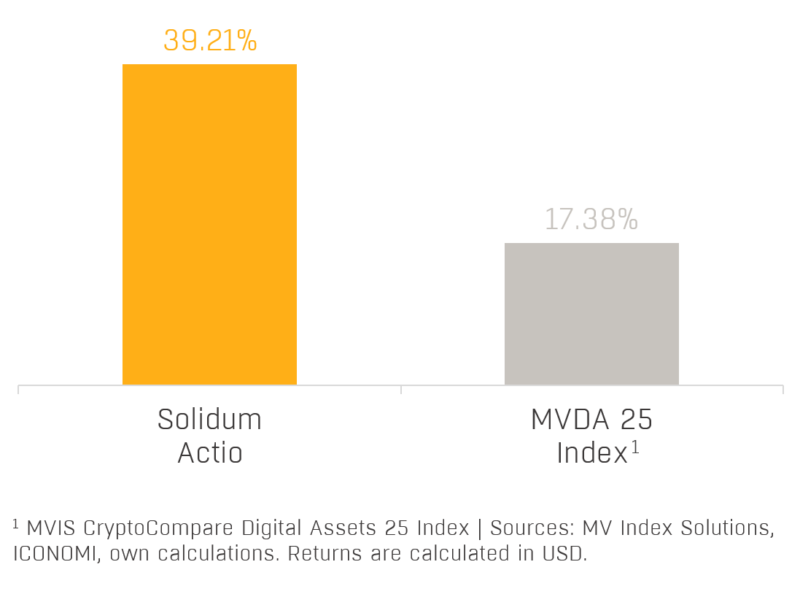 We are also proud to state that Solidum Actio and Solidum Cautus have recorded the best returns over the past three months (as of mid-January), among 35 different strategies on the ICONOMI platform.