In April, the crypto market stood firm, with a steady price appreciation throughout the month. Solidum Actio recorded a substantially better performance compared to the market and ended the month with a 51.26% gain, whereas the market recorded a 39.80% gain during April. 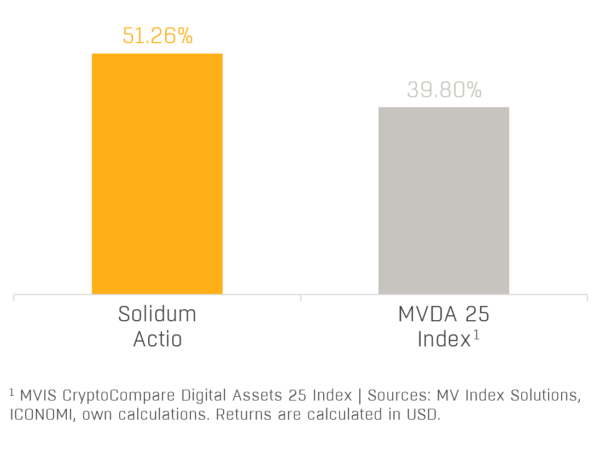 The average cryptocurrency fund, based on the Barcleyhedge Cryptocurrency Traders Index*, recorded a gain of +17.10% in April. Therefore, Solidum Actio recorded a substantially better performance in April, compared to its peers.