Are we near the bottom?

The focus of all investors was once again on the Fed meeting, inflation, and high correlation crypto and equity markets. Through January, concerns of a more hawkish Fed continued to impact risk markets negatively. Nasdaq has seen almost 20% downdraw, the worst start of a year ever. The Fed has set its targets on inflation, which had its fastest growth in over four decades (a 7% p.a. CPI last December). Satisfied that the economy has sufficiently ‘recovered’ and that employment numbers are substantial, the Fed is expected to raise rates for the first time in March 2022. All this information brings uncertainty to the markets; what is the reason for high volatility.

Negative sentiment in crypto markets from November and December continued in January. The month started with a significant drop from $47k to 40k in the first week. In the middle of the month, the market noticed a period of consolidation in the range of $40 to $44k. That was the calm before the storm. On 21st January market dropped below the critical $40k level and reached $33k. Afterward, the market has found the floor and increased to $38k at the end of the month. 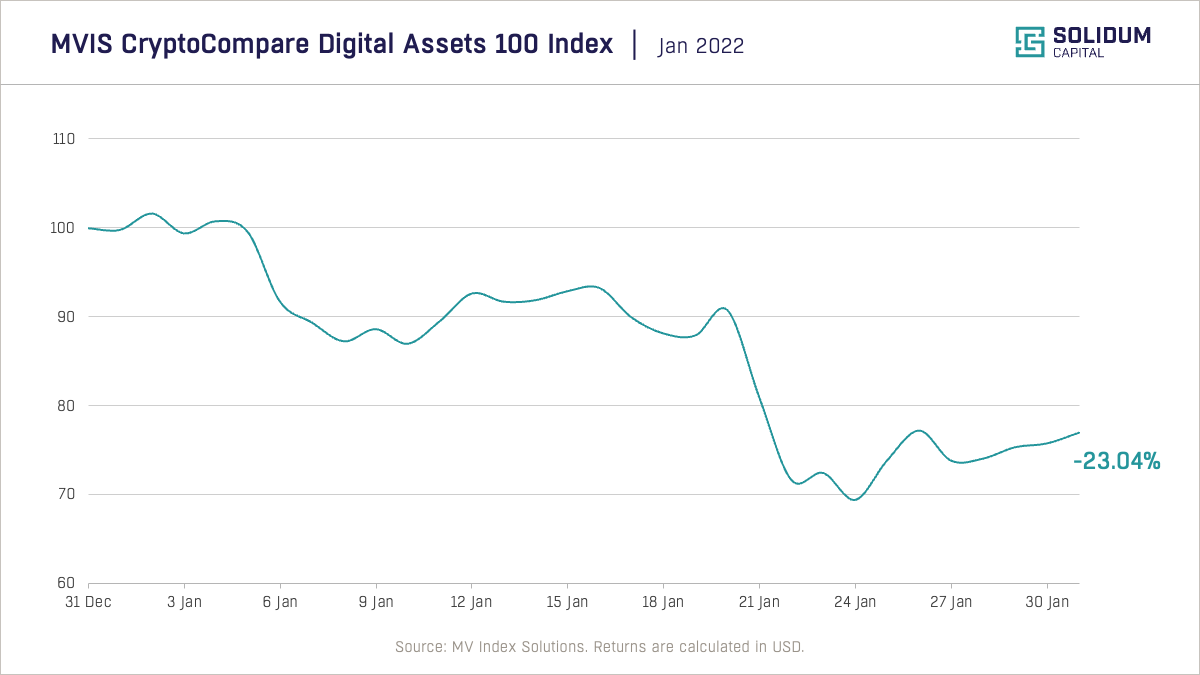 With a significant market drawdown in January, our pessimistic scenario played out, which means that our long-term market view is now negative to neutral.
In the short term, the crypto market picture is more complicated. Our market view is neutral.