In 2017, the top five hedge fund managers combined earned more than all 500 CEOs of the largest US corporations that make up the S&P 500 index.

Each April, Forbes magazine publishes a list of the 25 highest-earning hedge fund managers. Combined, they made $16.8 billion in 2017 and some of the top performers earned north of a billion dollars. In the last decade, some of them earned up to $5 billion in a single year. How can they earn such exorbitant amounts of money?

There is no doubt that all these people are extraordinarily intelligent. I took a closer look at some of the most prominent names in the hedge fund industry and tried to figure out how they generate these enormous revenues. In terms of their methods of generating wealth, I have identified three distinct groups.

James Simmons is a renowned mathematician and his PhD thesis is a cornerstone of modern geometry. He taught mathematics at the Massachusetts Institute of Technology and at Harvard University. The Chern-Simons formula, which Simmons co-created four decades ago, defines many esoteric aspects of modern physics. He also contributed to the development of the string theory.

In 1982, Simmons founded the Renaissance Technologies. The company became a pioneer of quantitative trading and is one of the world’s largest hedge fund management companies, with $97 billion of assets under management. Their team of over 90 mathematicians, physicists, and cryptographers utilize various mathematical models to analyze and execute trades, and use computer-based models to predict price changes in financial instruments. Their Medallion fund, which is open only to company partners an employees, has been returning an astounding 72% per annum (38% net) since its inception in 1988. The only negative year was in the first year, when they were testing different strategies. 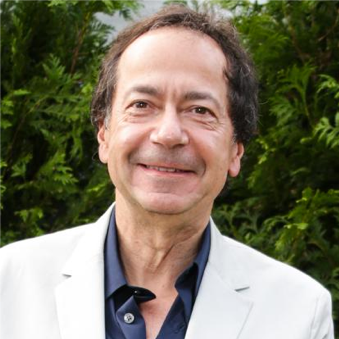 John Paulson founded his hedge fund Paulson & Co. in 1994 with the capital of $2 million and one employee. His company specializes in “event-driven” investments: mergers, acquisitions, spin-offs, etc. Paulson & Co. used to be a niche fund until he put on his “big short”. He became world-famous in 2007 by betting against subprime mortgages at the peak of the 2007 housing credit bubble. Paulson earned $3.7 billion on this bet alone which is still referred to as the greatest trade in history. In consequence, many investors wanted to entrust him their money and Paulson’s hedge funds managed $36 billion at their peak. This forced him to start making bigger bets and he also became a major investor in gold. In 2010, his gold bet paid off, having set another hedge fund record by earning $4.9 billion in a single year.

In 2011, Paulson started running out of luck. He made several losing investments in the US banks and in a fraud-suspected Chinese tree plantation company. As a result, his flagship fund fell sharply. In the subsequent years, he kept his stake in gold and made some other wrong bets, which resulted in a very poor performance of his funds and investors started pulling out. In early 2018, he had “only” $8 billion left to manage, mostly his own capital. His net worth declined from over $16 billion in 2010 to $6 billion in 2019. 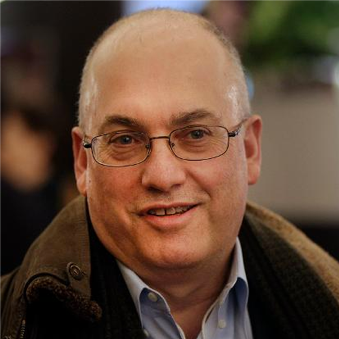 Steve Cohen founded SAC Capital in 1992 with $20 million of capital. He built one of the most successful hedge fund firms, generating net annual returns of 30% for 18 years. Investors were pouring their money to Cohen’s funds and SAC Capital became one of the leading hedge funds on Wall Street with $16 billion in assets under management at its peak. Many competitors either envied him or praised him for his exceptional skills.

Nonetheless, it turned out that these exceptional returns were not based on skill alone. The SEC had been investigating SAC Capital for a number of years and the company became the main target of the largest insider trading investigation in the history of FBI. As it turned out, SAC Capital was paying big commissions to banks which would in turn advise them first of any new information, so they could beat other hedge funds. Authorities alleged that SAC Capital earned hundreds of millions of dollars illegally between 1999 and 2010, as its portfolio managers and analysts traded on inside information. In 2010, raids were conducted at the SAC Capital offices and in the following three years, a number of traders were charged with insider trading. In 2013, SAC Capital agreed to plead guilty to insider trading charges, paid fines of $1.8 billion, and was banned from managing money for outside investors.

Cohen himself has never been accused of insider trading and has thus been able to continue managing his own money. The SEC pursued the investigation and tried to attain a lifetime ban for him to manage any outside money, but has ultimately failed. In 2016, Cohen reached a settlement with the SEC, under which he was barred from managing the outside money until 2018. Despite the ban having been lifted meanwhile, he is currently still managing mostly his own money.

The whole story is depicted in the book titled Black Edge in which the author makes it clear that regardless of Cohen’s undisputed brilliance as a trader, he did break the insider trading laws and regulations to gain most of his fortune.

The allure of insider trading

In 2014, Mr. Kenneth R. Ahern of the USC Marshall School of Business published a comprehensive analysis of the social relationships that underlie the illegal insider trading networks. He found out that inside traders, on average, earn returns of 35% in just 21 days. Investors earn much more when they have inside information from the clinical trials. These insider investments reap an average gain of 101% in just 9 trading days.

How widespread is insider trading? One example: between 2010 and 2012, the SEC has filed a total of 168 cases against nearly 400 individuals and entities. In one of the press releases on the topic, Mr. Robert Khuzami, Director of the SEC’s Division of Enforcement, stated the following:

“These are sophisticated players who built a corrupt network to systematically and methodically obtain and exploit illegal inside information again and again at the expense of law-abiding investors and the integrity of the markets.”

Based on this, we can conclude that many hedge funds (and other investors) regularly generate returns by the means of insider trading and the sad reality is that the majority never gets caught.

How do the hedge fund managers earn money?

It depends on the group they belong to:

The most typical fee structure in hedge funds is “2 and 20” which means they charge 2% annual management fee and 20% performance fee — their share of the generated profits. The calculation for them is simple: the more assets they have under management, the more fees they can earn. Let’s make a simple calculation for a manager with $30 billion of assets. He receives $600 million annually from the management fee — even if his funds don’t generate any return(!). If his funds generate 8% return in a single year, he additionally receives $480 million of performance fee — even if the market gained 12% in the same year and he effectively underperformed it. And there you have a billion of revenue in a single year.

The hedge fund managers earn exorbitant amounts of money because they charge high fees to their investors. Their ability to pile up assets under management has made many of them extraordinarily rich, even though their investments may have performed poorly.

The herd mentality of investors

Many individual investors are always in search for the next hot investment opportunity and the same is true for many institutional investors. Even these big institutions are, after all, run by individuals where fear and greed are essential drivers.

In his 2005 annual letter to shareholders, Warren Buffett brilliantly explained the relations between investors and various “helpers” (brokers, fund managers, consultants). I highly recommend you taking 5 minutes of your time and reading the section titled How to Minimize Investment Returns.

The unpopular fact is that the vast majority of hedge funds underperform the market in the long run, for which the famous Warren Buffett’s $1 million bet serves as indisputable proof.

If the doors of hedge funds are closed to you because you don’t have millions to invest, there is nothing to regret. You will fare much better than the majority of their wealthy investors if you stick with the low-cost index funds.